If an applicant overcomes all objections of the Examiner, the application moves to the next phase in the application process: it will be published for opposition by third parties.

In the 2 months after a trademark application is published for opposition, anyone can file an opposition to the application.

Once an application is opposed, then the application will be in limbo until the opposition is resolved.  The opposition process takes several months at a minimum and can often extend into years.

Ultimately, if an application is successfully opposed, then the trademark will not be registered.

If an application is not opposed during the 2 month opposition period, or if it is opposed and the opposition is then dismissed or resolved, the application will proceed to allowance and be eligible for registration.

(Note: This does not necessarily mean that the trademark cannot be used, as an unregistered mark.)

An opposition can be filed on the following grounds:

The most common ‘underlying rationale’ for opposing an application is your belief that the applied for mark is likely to cause confusion with your existing trademark.

Trademark oppositions in Canada are complex, with unique laws of evidence and procedure.  They are adversarial in nature, and akin to litigation with the two sides pitted against each other before a decision is rendered by a panel composed of a single member of the Trade-marks Opposition Board.  As a result, it is a very good idea to hire a professional to assist you (whether you are the applicant or opponent); unrepresented parties often lose because of “technicalities”.

The Statement of Opposition.

Oppositions involve many deadlines.  The failure to meet a deadline properly is often fatal to a party’s position.

Each party to an opposition may request one extension (at any time in the opposition process) of up to 3 months.  Extensions must be requested before the deadline expires, and the request must be accompanied by payment of the applicable fee (usually $175).  Further extensions of time beyond the 1-per-party-per opposition are much more difficult to secure.   The parties also may request one 9 month “cooling off period” during the course of the opposition, which is commonly used if the parties are actively negotiating a resolution of the opposition.  The parties may not extend the cooling-off period or request a second one.

Evidence in trademark oppositions is by way of sworn written affidavit.  Evidence filed by one party may be tested by the other party by way of oral cross-examination.  There are a number of important rules which govern service on the other side, and the validity of the affidavit evidence to prove such things as a) the state of the register (other marks), b) surveys, and c) use of the mark both initially and on an on-going basis.  It is common practice to include detailed evidence of marketing efforts and expenditures and sales, broken down by year and by geography.

With respect evidence to prove first use of the mark it is crucial to “show, not tell” first use of the mark with such evidence as invoices and bills of lading.  A great many oppositions are determined because a party does not file evidence compliant with the rules.  While the rules of evidence may seem like ‘a technicality’ they are of fundamental importance and must be followed.  The rules of evidence in trademark oppositions exist for good reasons, and they are binding on the hearing officer.  Accordingly, a party who wants to win must comply with them.

The opponent must file its evidence within 4 months of the Counterstatement.  The applicant can request cross-examination within 2 months of receipt of the opponent’s evidence.

The parties should submit written argument.  This is of crucial importance, as it should integrate the facts and the law to present a compelling, easily followed rationale for the decision maker to rule in favour of the party.

The parties may request oral argument but there is no obligation to do so.  Oral argument is rarely necessary in simple cases but in complex cases it can be helpful for addressing concerns or questions of the hearing officer.

Many trademark oppositions are settled by contractual agreement between the parties.  They can be settled at any time prior to the hearing.  Often, these settlements take the form of ‘co-existence agreements’ which govern the scope that each party can use of their respective marks.  For instance, it is common to stake out separate fields of use of the trademarks, including different goods or services or channels of trade (including ways or locations of selling).  When an opposition is settled, the opponent withdraws its opposition, and normally, the application proceeds to allowance albeit often with an amended (decreased) scope of goods and services or other restrictions either in the application or in the contractual settlement agreement. 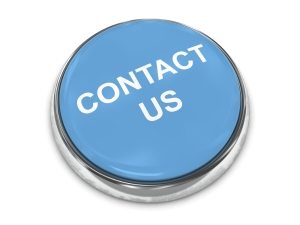